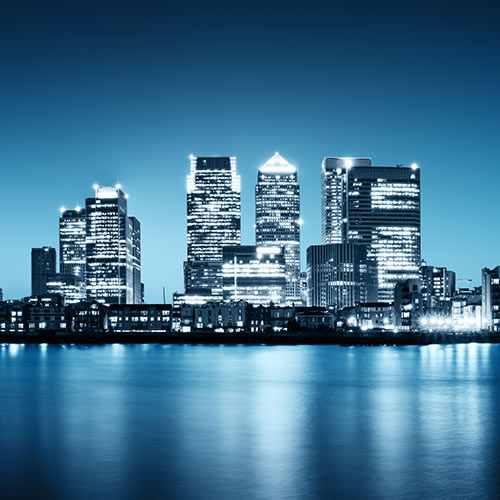 In the late 1500's, the Port of London was alive with activity, trade was expanding and Docklands became a point of departure for merchant ships - in 1620 the Mayflower set sail from Rotherhithe on it's historic trip to America.

In 1802 the West India Docks opened and were considered to be the country's greatest civil engineering structure of its day. The Port of London continued to grow for many years and by the 1930's it carried 35 million tons of cargo, worth approximately £700m carried by 55,000 ship movements and served by more than 10,000 lightermen.

As with most of East London, The Docklands experienced heavy bombing during the Second World War and many of the buildings had to be rebuilt. Of course with the huge uplift in traffic through the docks, the buildings were upgraded in size during the post war refit. The 1960's saw the peak for the docks when over 60 million tons of cargo was handled.

New technology and the arrival of larger container ships meant that the Thames was no longer a viable option for cargo logistics and the coastal ports became the favoured alternative. During the 1970's there was massive disinvestment in Docklands as businesses closed or moved away with the progressive closure of the dock system.

The London Docklands Development Corporation (LDDC) was created by the local Government Planning and Land Act 1980. Its job was to secure regeneration by bringing land and buildings into use, encouraging industry and commerce, creating an attractive environment, and assisting in the provision of housing and social facilities to encourage people to live and work in the area.

Speaking of the plight of London Docklands in 1981, the Environment Secretary Michael Heseltine said:

"The area displays more acutely and extensively than any area in England the physical decline of the urban city and the need for urban regeneration. IT represents a major opportunity for the development that London needs over the last twenty years of the 20th Century: new housing, new environments, new industrial developments, new architecture - all calculated to bring these barren areas back into more valuable use."

In 1982 the Isle of Dogs became an Enterprise Zone which offered tax allowances to both investors and developers and the Docklands that we know today started to take shape.