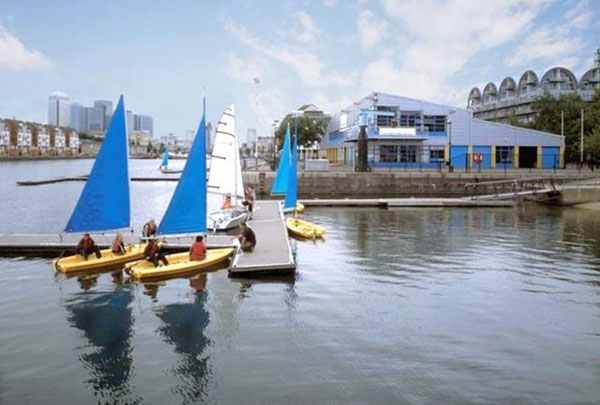 The docks were closed and largely filled in during the 1980s, and have now been developed with modern housing and commercial facilities, but Rotherhithe retains much of its character and its maritime heritage.

The largest surviving dock on the south bank is Greenland Dock, the focal point for the southern part of the district, while there are many preserved wharves along the riverside at the north end of Rotherhithe. St Mary's Church is at the centre of the old Rotherhithe village, which contains various historic buildings including the Brunel Engine House.

Rotherhithe is a residential district in the south east London Borough of Southwark. Historically, It is located on a peninsula on the south bank of the Thames, facing Wapping, Canary Wharf and the Isle Of Dogs on the north bank, and is a part of the Docklands area. It borders Bermondsey to the west and Deptford to the south east.

Following the development of the Jubilee Line in 1999 the rest of Rotherhithe rapidly developed into a residential and commuter area, with a large shopping centre, cinema, bingo, bowling and restaurants in the leisure park as well as many new residential developments emerging around the freshwater dock and transport hub.

The Severn Islands Leisure Centre occupies the site of the old Rotherhithe Town Hall. It was razed to the ground by repeated bomb hits and near misses during the Second World War.

When the roundabout facing the Rotherhithe Tunnel was redeveloped in the early 1980s, several 19th century buildings were demolished including a school and a nunnery. A public house, the "Europa", described in an early 20th-century history of the area as one its oldest, was also demolished. Max Bygraves frequently played piano there at weekends.

The Daily Mail and Evening Standard newspapers were printed at Harmsworth Quays in Rotherhithe from 1989 to 2012. The site is now the "Printworks" events venue.

In July 1620, the Mayflower sailed from Rotherhithe for Southampton on the south coast of England, to begin loading food and supplies for the voyage to New England. At that time, the English Separatists who later became known as the "Pilgrims fathers", were mostly still living in the city of Leiden, in the Netherlands. The ship's captain, Christopher Jones, died shortly after his return in 1621 and he is buried in an unmarked grave at St Mary's Church. The Mayflower sailed from near a public house called the Shippe in Rotherhithe Street, which was substantially rebuilt in the 18th century, called the Spread Eagle and Crown, and is now named the Mayflower. The building itself, despite external and interior appearances, dates from the 1950s.